LEADERS AND PIONEERS
IN THE
SPACE INDUSTRY

Launchspace Technologies Corporation is a leader and pioneer in the space industry, working with commercial, civil and national security customers.

For the past 40 years Launchspace has worked with most of the major aerospace contractors, helping to acquire major government systems awards for launch vehicles, spacecraft, ground stations and other programs.

Launchspace Technologies Corporation (LTC) is a commercial space services company with a subscription-based, multiple-revenue-stream business plan that addresses a permanent international imperative to maintain national security and spaceflight safety. Launchspace (LTC) is a leader in the key technologies and architectures for solving major national security capability gaps in space, space traffic management (STM) and orbital debris tracking and removal. Our IP is protected by issued patents. 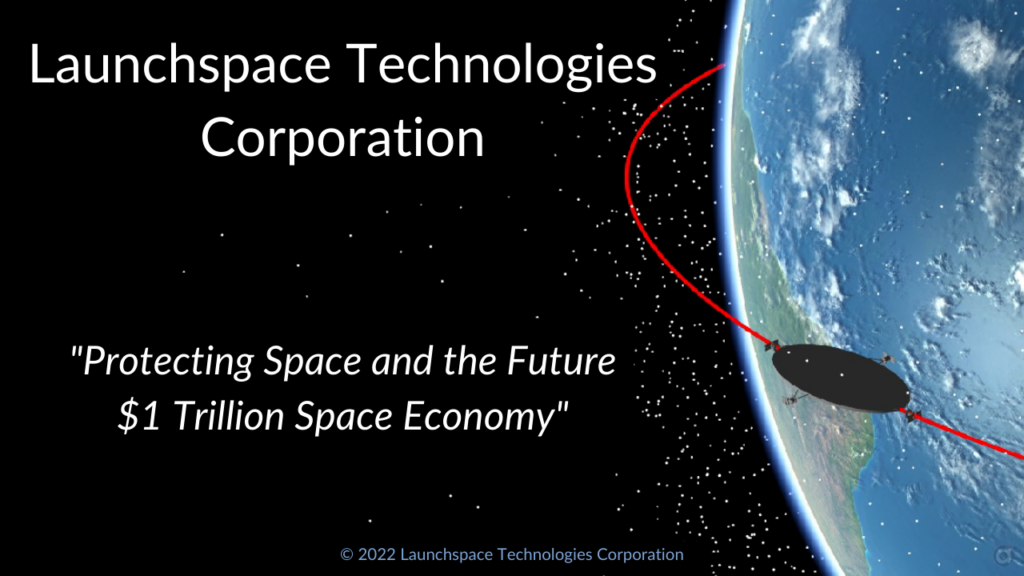 Watch the video describing the problems of orbital debris, space traffic management and the threats against our national security space assets and Launchspace’s solutions to these problems and find out more about Launchspace: https://youtu.be/u7dDX9bC0HE

We can provide seasoned experts for help with everything from design services for launch vehicles and spacecraft as well as proposal writing for grants and due diligence and mentorship for venture funded space technology companies. Launchspace Technologies Corporation has had extensive experience in proposal evaluation, red teaming and competitive analysis.

Our team includes innovators who have invented and created many of the spacecraft advances that we see in today’s satellites and launch vehicles.

We believe that Launchspace has the only viable and affordable technology and architectural approaches for supplying several critical space data and services to the Space Force, intelligence community, NASA and commercial satellite operators. Our revenue model is based on permanent recurring subscription revenue streams from patents critical to ensuring safe access to space and protection for vital space assets. Launchspace is developing a Low Earth Orbit (LEO) and Cislunar sensor constellation to detect, track and identify resident space objects (RSOs – orbital debris and active spacecraft) in low Earth orbit (LEO), geostationary equatorial orbits (GEO) and Cislunar space, leading to revenue from customers in space domain awareness (SDA), orbital debris detection, tracking and removal and space traffic management (STM). The orbital debris problem will always exist due to the exponential increase in the launch of satellites and spacecraft. Therefore, the critically mandated solution to this problem will result in a permanent and recurring revenue stream for Launchspace.

Launchspace will develop a 2nd constellation of debris impact pads (DIPs) that will remediate the orbital debris problem which threatens astronauts, satellites and the International Space Station (ISS) and can clog access to critical orbits in space. We plan on ultimately putting a constellation of 24 - 26 sensor spacecraft in LEO and as many as 100 DIPs. Because the orbital debris problem will grow over time with the planned 100,000 satellites being put on orbit in the next 10 years, orbital debris is a problem that will need tracking and remediation on a permanent basis.

The combination of National Security Space (NSS), civil (NASA, NOAA) and commercial customers using our solutions should save the US Government billions of dollars, maintain permanent safe space operations for spaceflight and the upcoming $1 Trillion in global space commerce and help ensure continued U.S. leadership in space.